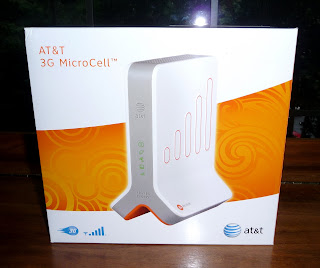 AT&T released its version of a femtocell this week, called an AT&T MicroCell.’a0 What is a MicroCell?’a0 Basically it is a little unit that plugs into your broadband router that acts as a mini-cell phone tower.’a0 That is, a MicroCell is a repeater for the AT&T mobile network that utilizes your broadband Internet connection to channel mobile phone calls and mobile data connections.

So, in effect, by using a MicroCell, you are helping AT&T patch weak spots in their network by lending them bandwidth from your Internet connection.’a0 The added irony in all this: if you’re an AT&T customer who opts to use a MicroCell, you pay either pay$150 for the device or get one for $100 (with a $450 rebate) and then pay an additional $20/month to your bill.

This equation simply does not make sense and’a0 continues the backwards thinking that exists in US based mobile carriers.’a0 To be fair, I must point out that AT&T isn’t alone in charging for their femtocell enhancement, Sprint charges $20/month for their device and Verizon Wireless has a similar box for $250.

In my opinion, as a cellular subscriber, if you can adequately demonstrate that your mobile network provider’s network is weak in your home or business, that mobile network operator should grant you a femtocell free of charge.’a0 Not only would this promote loyalty and reduce churn of mobile customers, but would help out your surrounding neighbors as well, as femtocells work for quite a ways surrounding the repeater.

What are your thoughts – would you pay to host a mobile carrier’s signal on your Internet service that *you* pay for?